Delivery of climate petitions, signed by an impressive number of people!

Part of the CIDSE delegation is already in Paris! Today we attended teh event "Faith in climate justice", during which the petitions by faith groups, urging political leaders at the COP 21 to achieve a strong and fair deal, have been presented to political leaders.


Several pilgrims, who have been walking from different countries to Paris until yesterday, were also there. Their presence, and the many inspiring speeches delivered, made the event very special; we felt a lot of hope and positive energy. We were also happy with the final number of signatures gathered through the petititons: nearly 1.8 million. 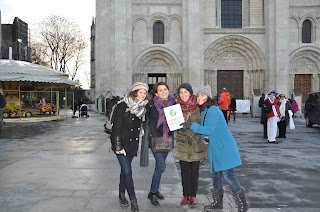 Some of the CIDSE staff outside the St. Denis Basilica, holding the logo of our campaign "Change for the Plane- Care for the People". 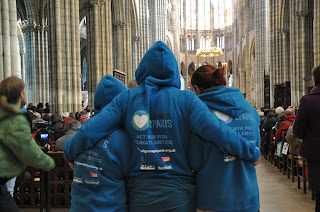 Hug during the interfaith service in the St. Denis Basilica, ahead of the petitions' delivery. 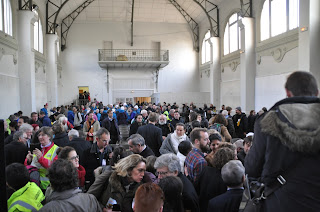 The crowded room where the petiton's delivery took place 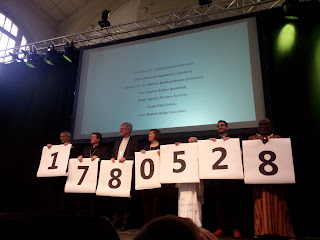 The number of signatures gathered through the petitions is revealed: almost 1.8 million people supported them!

See here other photos from Secours Catholique highlighting the event.