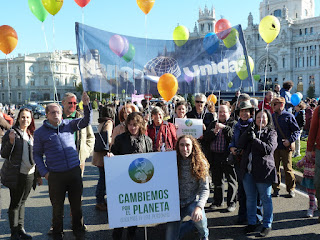 December 6, 2015 - Joining the call of the Climate Alliance (Alianza por el Clima), Manos Unidas, among other organizations, participated in a historic climate march where thousands of people took the streets of Madrid and several other cities to demand world leaders strong commitments at COP21 negotiations in Paris. About 20.000 people mobilized accross the country reaching and unprecedented record.


At the Climate March, held on November 29, Spanish citizens made a stand demanding a just, equitable, transformative and binding agreement that enables a timely transition towards an energy system based on 100% renewables. At the center of this critical worldwide climate mobilization is the realization that the struggle for climate justice and against climate change, is also a struggle for social justice, against inequality, poverty and hunger, in defense of human rights and peace. 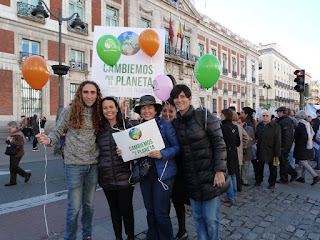